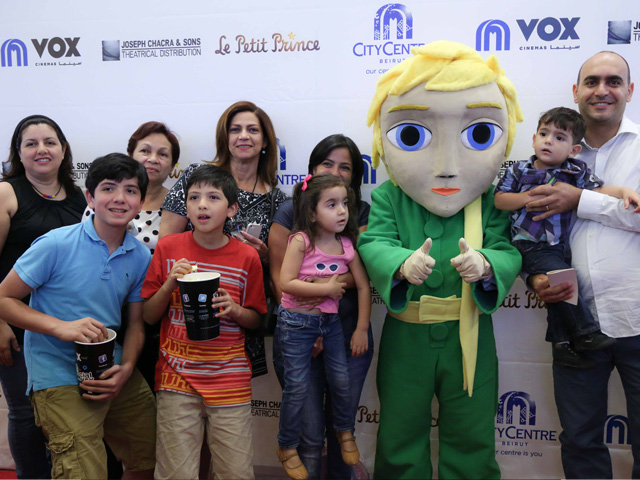 After much anticipation, City Centre Beirut organized an Avant-Premiere event for "The Little Prince” film adaptation of one of the most beloved children’s novels of all time by Antoine de Saint-Exupéry.

The exclusive premiere was held at VOX theatres - the largest movie theatres in Lebanon, for members of the Lebanese media and their children who were excited to watch their favourite book’s character in a movie.

Mr. Sleiman Mallat, Senior Mall Manager at City Center Beirut, stated: “We are happy today to bring great moments to the media representatives and their children with the premiere of “The Little Prince”. They were all eagerly waiting for this classical movie to be in theatre and when it did, City Centre Beirut organized this exclusive event, in a special and entertaining way."

City Centre Beirut is always keen to create great moments for everyone everyday, which reconfirms its position as the leading fashion, leisure and social destination in Beirut