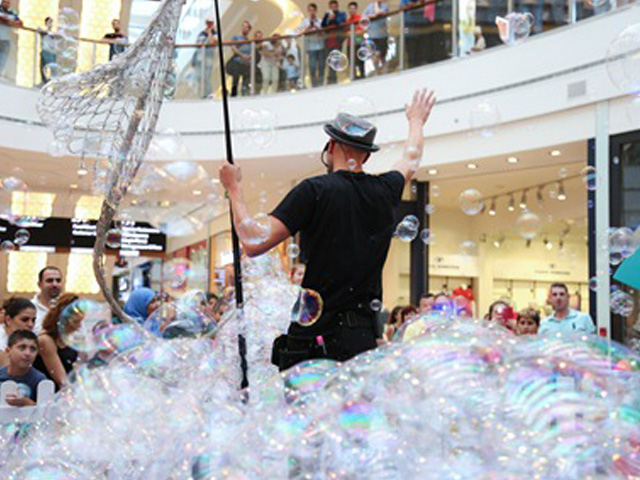 This year, the summer season was exceptional at City Centre Beirut, with a full month of live international entertainment shows flying exclusively in, to make this season even more special.

The first week at City Centre Beirut was full of energy and stamina attracting thousands of families around the dazzling performances of the International Circus, with various shows including magicians, jugglers, unicycles and balloon modelling.

The second week, “Sam the Bubble Man” performing for the first time in Beirut and exclusively at City Centre Beirut, flabbergasted young and old customers with his wonderful shows that got him nine Guinness World Records so far.

Sleiman Mallat, Senior Mall Manager – City Centre Beirut, expressed his contentment: “City Centre Beirut succeeded once again in setting a trend when it comes to unique, innovative and International shows in Lebanon, addressing the Mall lovers from all age groups and interests, reinforcing our positioning being the city’s favourite Summer Hotspot”.

This was not all; the summer festival at City Centre Beirut offered also pop-up entertainment engaging the kids as well as adults at the Mall, with fun and enjoyable parades, three times a day between the shows.